Blog Audit Expansion 2: Why I want to marry an alcoholic 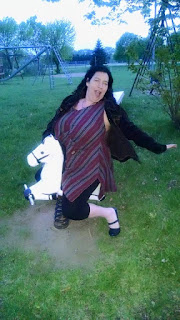 I would like to start over and not include anything from my original blog entry “Why I want to marry an alcoholic”. I wrote it the first time because I was thinking about what things were most important to me and my own recovery is the single most important thing I’ve got going in my life.  It’s what I value most, and being with someone who understands that is going to be key. I don’t think there was anything wrong with my first entry, but I do think there’s more to say on the subject.

The lesson for the week I did this blog the first time asked students to reflect on the question “ What is most important to you in a partner? What is your deal breaker?” Drinking would be a deal breaker. Not a normal drinker. I know Wisconsin is famous for drinking and it’s a deeply ingrained concept and part of our culture. It’s the idea that at every event there’s alcohol, and we drink. At parties, at football games, with food, after work all have drinking elements to them. There are plenty of normal drinkers in Wisconsin. In fact, 90% of the people account for, only 10% of the sales. Which means, if you flip it, that 10% of the people are buying 90% of the alcohol sold. True statistic. Being with someone who drank sometimes, maybe had one drink or two on a wild night would be fine. But being with someone who understood what it was like to start drinking and be unable to stop would be better.

Being with someone who had beaten this disease, or recovered as we say, would be amazing. It’s not easy. If anyone reading this would like some more statistics, they’re hard to compile but on average 18% of the people who go through treatment are still sober a year later. The figure drops to 6% after five years. I’ve got 8 now. If I was with someone who had at least 5, I’d know a whole lot about them already.

The rubric asks the question “Why do you think your real life examples played out the way they did?” I ask myself that sometimes, I truly do. How did I get so lucky? What did I do differently to make me one of the 6%? I think that it’s where I needed to go to grow. Not anything silly like “God gave me this so I would learn”. People get diseases all the time. But what you do with what you have in life, there’s the opportunity to grow. Many parts of this class actually reminded me of AA, in many ways. Some of the examples are the same ones used in AA. It’s an awesome program, done correctly. I like sharing it with other people. The people I work with, the women I sponsor, and other people in meetings. AA’s, people in recovery from addiction, have to work very hard at overcoming many of the things that lead to problems in relationships. We practice these things all the time.

I started this course thinking that what I wanted to learn how are people intimate? More specifically, how can I learn to be intimate? People are a part of a couple all the time. I’d like to be too. The idea of spending, what was it called? The epistemology of intimacy? I learned that I already know most of what I need to know in order to do so. Except possibly how to be vulnerable with another person. Even there I’ve made some great strides. You can’t work day in and out with alcoholics and not learn to say: I don’t know all the answers. Which come to think on it is humility and right out of everyone’s favorite Step, number 7.

Maybe I know more than I think I do.

I had to laugh the other night, because surely this, meaning this learning, and this class, was indeed a part of the Universal Being’s plan for me. I was speaking at an AA speaker meeting. That’s where one person spends the entire hour in front of a group telling their story. They talk about what it was like, how they decided to stop and what their lives are like now. I’ve done it before, and sure, I get a little nervous beforehand but once I get going, it goes away. You do have to be venerable, if you do it right. I get up at 5:00am most days, do homework, and then go to work from 9 to 5:30 or so, taking time out to go to my one in person Spanish class. So, that being said, by 7:00pm that night I was pretty tired. The story part of my talk way fine, people nodded, as they do, and it went well, but I ran out of things I felt like I wanted, or was able to, talk about with a solid 20 minutes left on the clock. I thought, let’s open this up some, and asked for questions. That’s when it got good.

A women asked: “What about relationships? How do you be a part of a couple in recovery and what makes it work?” That’s the bottom line honest truth, and I laughed and remarked that that was interesting because I’d been in a class for the past eight weeks looking at just exactly that question. And I said: Here’s what I learned.
I was honest about it too, and made the joke that I’d written an entire blog entry called “Why I want to marry an alcoholic” and just exactly why. It was awesome fun. I said I was still trying to figure it out and would be taking applications afterwards. And people laughed. Because I was right. I am right. We get each other. We know these things about how to be people who can get along in this world and how to make it work with others. Largely because we spent a whole lot of years, on average, making a right mess of things, for ourselves and everyone around us.

Afterwards three men came up, and asked me a few more questions. Just general things, and program things, and talked. I left afterwards thinking about the talk, and relationships and how people went about getting into them. And thought that someday I would be able to do that too, and I’d figure it out.

And then it hit me full in the head like a smack.


I do indeed miss the obvious sometimes.
Posted by FabulousLorraine at 5:40 AM

FabulousLorraine
What fresh hell is this?